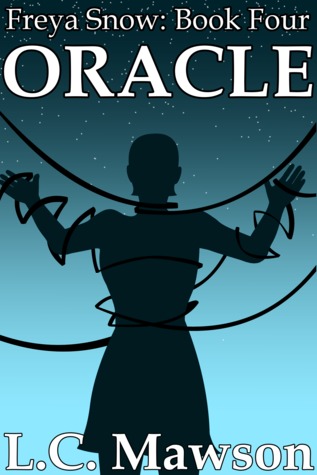 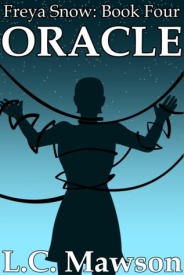 Hunt. Freya, now more aware of her magical heritage and powers (although not completely) accepts a work experience placement in London, only to discover that her employer has chosen her for her magical abilities, and her assignment is to track down a missing Oracle. The problem is, does this Oracle want to be found?

Switching between the Shadow Realm and everyday life, the story provides more explanation of Freya’s background and foreshadows one possible future. It also acts as an exploration of some of Freya’s deepest fears and the choices she needs to make. But I also found parts of this book had, for me, a deeper resonance as a metaphor for the difficulties and choices people on the autism spectrum disorder face. I hesitate to write this, because I am allistic (non-autistic), but my husband is autistic (Asperger’s diagnosis), and after thirty-eight years of living with him, I may have a few valid insights. When Freya (or her Shadow Realm counterpart, to be precise) is told this about her possible bond with another magical creature: “The only way the two of you can bond is if you form a real and lasting attachment to the Human world. We always knew you were too closed off to others for that ever to be likely….” it struck me as the truth about relationships many autistic people live with. It can be easier to invest in other sorts of relationships – with computers, games, or, as Freya does, as a bounty-hunter of evil magical creatures – than it is with other humans…especially when the powers you hold – whether it is Freya’s magic or the ability to envision and analyse and discard dozens of answers to a word-game problem in a few milliseconds (don’t play Tribond® with my husband) – separate you from allistics.

Even with that possible interpretation aside, this is a fast-paced magical adventure. It should not be read without having read the previous books, and perhaps the related short stories too: I have read all the books, but not the stories, and there were occasionally times when I found myself confused about past events, which could be due either to my poor memory or to something happening or revealed in a story I haven’t read. But overall the four books have provided a coherent narrative and a developing story. I’m giving this installment four stars.