A tantalizing introduction to what may be a fresh new fantasy series.

Tahnner is a pawn in his father’s game of shifting allegiances.  Eager to prove his loyalty to the king, he offers his son to the Ravellers’ Guild, forcing him into a lifetime of service 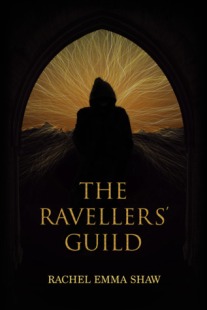 Tahnner never wanted, reading the past and future of his world in the mysterious Threads of morning and evening.

The Ravellers’ Guild is a novella by Rachel Emma Shaw, setting the stage for a book series in production. The world the author has created is both familiar and new: the warring political factions are the background for many a story; the Ravellers, adepts who can follow, understand and translate the messages of the Threads are new.

The novella jumps into action quickly, building both conflict and the world in which that conflict occurs, and introducing us to many of the major characters. The story moves over time – several years pass, allowing Tahnner to mature in his skills, bringing us to the climax, a moment of betrayal, self-realization, and regret for Tahnner, and leaving the reader with enough questions to encourage them to delve into the full series, when it is available.

I’m giving The Ravellers’ Guild 4.5 stars; not 5, because the pacing in the middle section of the book could have been tighter, and I found my attention wandering. But overall, it’s a tantalizing introduction to what may be a fresh new fantasy series.