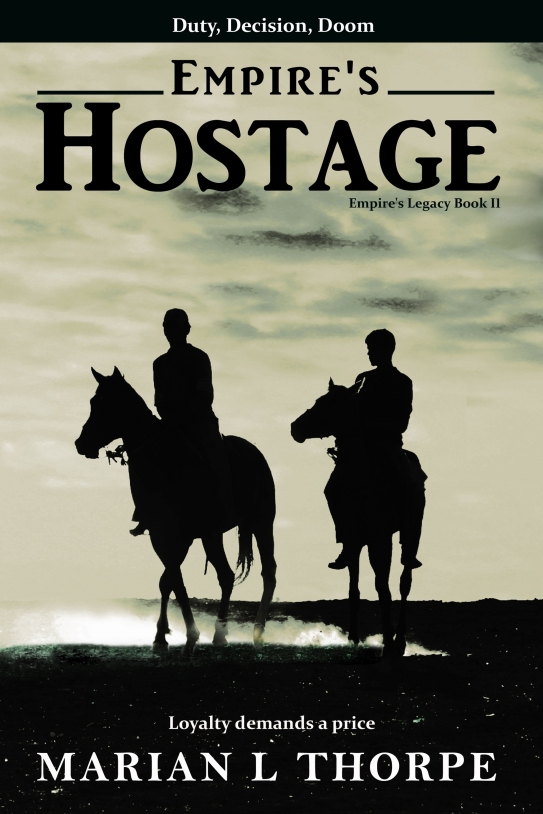 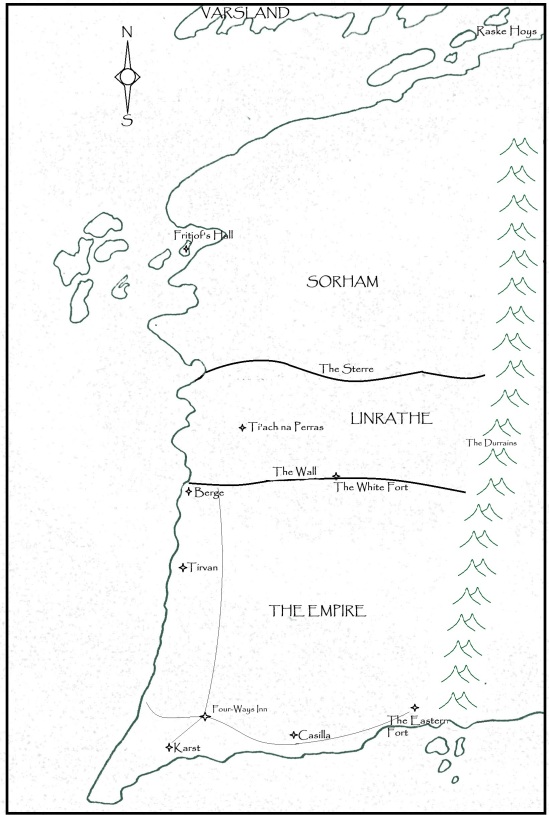 “…will you face east with me, and bow to that memory, and to what may still lie between the mountains and the sea?”

Those enigmatic words seal a truce called in the fifteen-month war between the Empire and Linrathe, the country north of the Wall, binding the Emperor Callan, the Teannasach Donnalch, and their people. But in additional surety of peace, the truce requires hostages, children of the leaders.

Lena is a Guardswoman on the Wall when this peace is negotiated, one of many women who rode north to defend their land. When the General Casyn asks her to take the place of one of his daughters as a hostage, Lena agrees, to learn that she will be sent to a Ti’ach, a house of learning, for the duration of the truce. Here, perhaps, she can learn more about the east, and what its place is in the history of the Empire.

But not every student welcomes her, and Lena soon learns that the history of both the countries beyond the Wall and her own Empire are more complex, and more intertwined, than she imagines.  When circumstances take her even farther north, into lands of a people unknown to the Empire, all her skills of leadership and self-defense are needed to avert danger to herself, the Empire, and its fragile allegiance with Linrathe…at an ultimate cost beyond her imagining.

Empire’s Hostage, book II in the Empire’s Legacy series, is fast approaching release. It follows Lena, the protagonist of Empire’s Daughter, into a larger world and into greater danger, testing her loyalties once again.

ARCs will be available soon in either e-pub or mobi format.  Interested in reading, rating, and/or reviewing?  Send me a message.

One thought on “What may still lie between the mountains and the sea….”