For a limited time (Sunday July 23rd to Thursday July 27th), the Kindle edition of Empire’s Daughter, Book I of the Empire’s Legacy series, is FREE on Amazon.

For a limited time (Sunday July 23rd to Thursday July 27th), the Kindle edition of Empire’s Daughter, Book I of the Empire’s Legacy series, is FREE on Amazon. 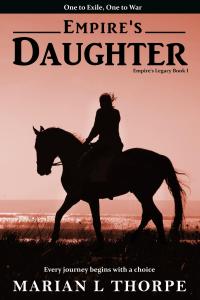 “… the world building is quite remarkable and the characters incredibly real. The reader is pulled in by the rich descriptions – the action scenes are brilliantly done, and the romance is unforced. This is a good one.” Rebecca Rafferty

While you’re there, you might want to check out Empire’s Legacy Book II, Empire’s Hostage. It’s not free, but it’s priced as low as Amazon will allow for the Kindle edition. 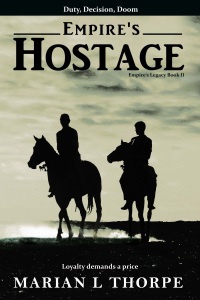 For some of the background to the Empire’s Legacy series, take a look here.

2 thoughts on “Empire’s Legacy Book One is FREE”