by Alistair Tosh
Edge of Empire: Book I 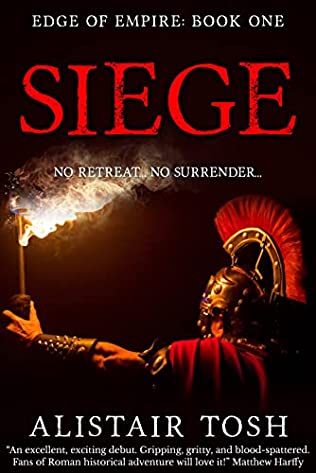 Edge of Empire – and the edge of my seat. I had the privilege of reading Siege during its development, and I loved every page – and that’s saying something, because books that focus on battles don’t usually hold my interest. Yet this one did, because of the humanity of the characters that are involved in the fighting.  Here’s its author, to tell us more about the history behind this spectacular debut novel.

The ancient battle of Burnswark
A guest post by Alistair Tosh 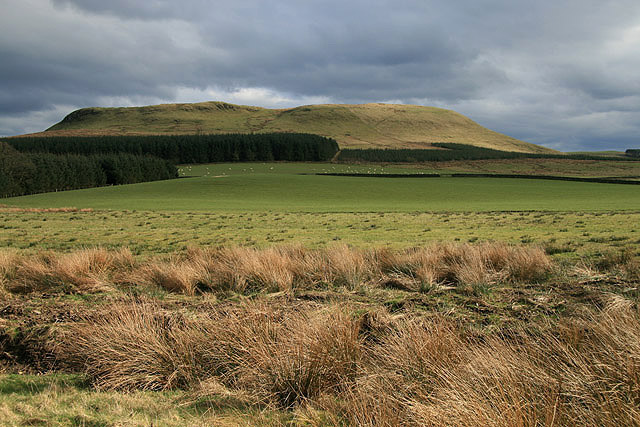 Burnswark Iron Age hillfort, near Lockerbie in the southwest of Scotland, is a unique site.

In part because of its isolated location and suitability only as pastureland, the archaeology below its turf has remained largely intact. It is a beautiful place, overlooking the silver waters of the Solway Firth and the fells of the English Lake District beyond and the heather-covered mountain of Criffel dominating the Scottish side.

It is a changeable location. When standing on its distinct flat-top summit, one moment you can be in brilliant sunshine with a cooling breeze, enjoying the 360 degree views. The next instant a hard wind blows in off the Irish Sea, cloudcover lowers, shrouding all before you. It is then that the hill takes on a more forbidding character.

I visited it many times in my childhood, often cycling there with friends during the long summer holidays. I saw the mounds of the Three Brethren, that my school history teacher told me had been platforms for Roman ballistas. But it was not until I started research for my first book ‘Siege’ that I truly began to understand the site and the ferocious battle that had taken place on its ramparts between the legions and the local tribe.

The hill is held in a vice-like grip by two siege forts. The one to the north is unusually elongated, clearly designed to prevent the escape of the defenders as final defeat beckoned. To the south the true siege fort, or more accurately assault fort, lies hard against the hill’s base, only a mere 130 metres from the hillfort’s main entrances. Three huge gateways, ten men wide, cut through its deep north facing ditches to enable rapid deployment of troops.

The three ballista platforms sit to the fore of each of the gateways. Fist sized, carved stone balls have been found on the hillforts summit. This ammunition was not designed to shatter walls, but rather to shatter bodies. Metal detectors identified and aided recovery of hundreds of lead sling ‘bullets’, lemon shaped and heavy. Under test conditions it was established that they had roughly the same kinetic energy as a modern handgun.

A second and unique type of sling ball was uncovered. This one was smaller and capable of being slung in groups of 3 or 4, like an early form of grapeshot. But what was most startling was the 5mm holes drilled in its side. When ‘fired’ it emitted a sound like an angry wasp. You can imagine the racket that a barrage of these, shot by experts, would make. Certainly an early form of psychological warfare akin to the terrifying effect inspired by the screaming of diving Ju-87 Stukas during the Blitzkrieg in early World War II.

Additionally multiple arrowheads were located, of the type used by the renowned archers of the Hamian auxiliary regiments, from modern day Syria. This topped off by the finding of several scorpion bolts. A century of a legion had one or two allocated to them and  when fired by practised hands were both accurate and devastating, especially on unarmoured bodies.

It is hard not to pity the warriors of the local tribe, possibly the Novantae, who had gathered on its summit. Exposed and forced to take cover, faces pressed into the earth as they were assailed by wave after wave of thousands of missiles, their screams of fear and agony filling the air, accompanied by the sound of a swarm of angry wasps.

Finally, when the Roman commander, possibly the veteran Quintus Lollius Urbicus fresh from the Bar Kokhba Revolt in Judea, was satisfied, he would have sent in his legions, through the three 10-man wide gates, in testudo formation. In the battle’s aftermath, it is hard to imagine there were any survivors left for the slave markets. 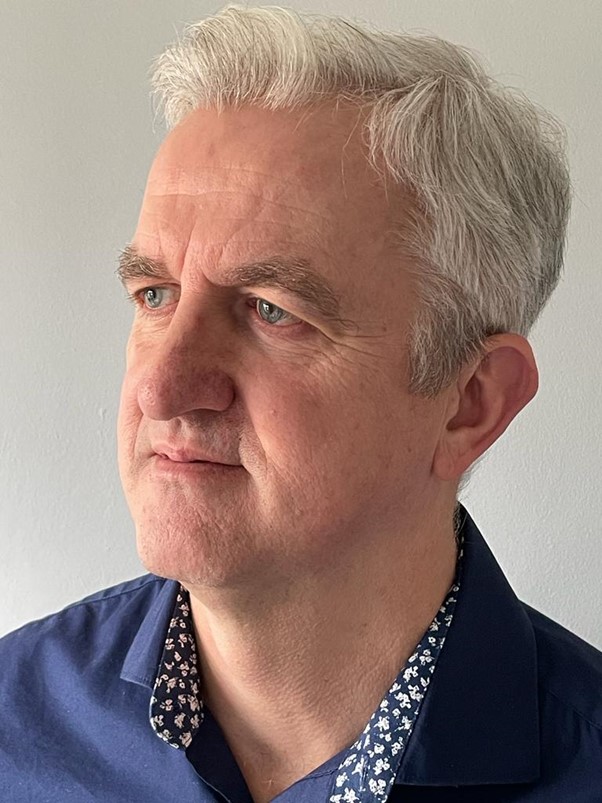 Alistair grew up in the Dumfriesshire countryside for most of his childhood. A region of southern Scotland filled with ancient place names such as Thorthorwald and Caerlaverock. But it was his visits as a boy to the site of Burnswark hill and hearing the tale of the Roman siege of the Iron Age fort that fired his love of Roman and Dark Ages history. From there the kernel of the stories for the Edge of Empire took root.

On leaving school he began a 35-year communications career. Firstly with the Royal Navy, that included covert riverine and seaborne operations during the height of ‘The Troubles’ in Northern Ireland, before moving into the corporate world. Military life is unique, and Alistair aims to reflect an authentic view of that experience and its language in his stories. When not writing or spending time with family, Alistair, his wife Jenny and Hurley the cockerpoo love to walk in the hills of both the UK and Andalucia.