What if thought could be turned into power, not of the kind wielded by politicians and heads of corporations, but the sort that turns on lights, runs motors, boots up your laptop? 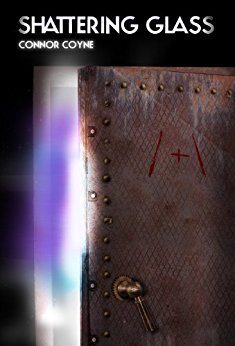 Universities run on thought.  It’s why they exist: to share thought, to foster new thought, to

turn thought into something, tangible or intangible, new to the world.  But what if they ran on thought in a different way, if thought could be turned into power, not of the kind wielded by politicians and heads of corporations, but the sort that turns on lights, runs motors, boots up your laptop?  And what would happen to those whose thoughts were channelled into that power?

In a rust-belt town in Michigan, a businessman creates a new university on the grounds of an abandoned psychiatric hospital. First-year students Samo, Monty, Ezzie, and Dunya share a residence floor, below ground in the Calliope Cradle. None is quite sure how he or she ended up here, but the angst of first-year adjustment is more than enough to occupy them.  But even in the confusion of buying overpriced and unaffordable textbooks, joining clubs, figuring out where to eat, and discovering mid-terms can be in almost any week of the semester, they come to realize something wicked this way comes…or rather, is already here.

Complex, intricate, perhaps a little self-indulgent (like its protagonists at first), Shattering Glass is neither straightforward nor stereotypical. It contains elements of steampunk, Greek tragedy, absurdist theatre, and film noir, all wrapped up in a superficially Harry Potteresque setting transported to a failing industrial city.  But it also delves into some difficult questions….what does happen to a personality subsumed into a university’s -or a universe’s -power system? How do we stay ourselves? Can we? At what price?

This won’t be a book for everyone. Its non-linear narrative, metafiction techniques, and elaborate detail does not make it an easy read.  But if you read Vonnegut, give Shattering Glass a chance. I’m giving it 4.5 stars here on my blog, which will translate to five on Amazon and Goodreads.