Lady, in Waiting, the third novel in my Tudor Court series, takes place during the early years of the reign of Elizabeth I. Its main character, Margaery Preston, is a chamberer, one of many levels of waiting-women in the royal privy chambers.

Unlike a court headed by a king, where all public and private duties were carried out by men, a queen’s attendants, other than guards, were all female. This gave them some degree of power at court, as courtiers, court officials, and ambassadors all vied for attention and influence. To be a woman in Elizabeth’s court required connections: many attendants were related on her Boleyn side, but there were also cousins descending from her father’s sisters, Margaret and Mary.

The women were required to amuse the queen, and so had to be well­-educated, often speaking several languages; skilled in music or dance; and able to keep up with the queen on horseback or at the archery butts.

At the top of the heap was Katherine (“Kat”) Ashley, first lady of the bedchamber and the queen’s former governess. Mistress Ashley kept the privy chamber running smoothly, handling expenses on behalf of the household and keeping an eye on the younger women. But her main concern was always Elizabeth.

The ladies of the bedchamber came next—senior ladies-in-waiting whose duties included dressing and undressing the queen, combing and styling her hair, serving her food, entertaining her with music or conversation, and occasionally sharing her bed. (The queen was a bad sleeper and liked company; it was also a form of security in that she would never be alone). These ladies were generally older, and often married. Most were related to Elizabeth in some way.

Next in line were the maids of honor, who were both entertaining and decorative. Maids were generally well-born girls of fourteen to eighteen years of age. Their placement made it easy to secure good marriages under the queen’s eye.

The other women, including chamberers, were more all-purpose, and did whatever needed doing at any given time, from carrying trays to emptying chamber pots to my character Margaery’s least favorite task, collecting the pins which held the queen’s daily costumes together. (Heads would not roll if Her Majesty stepped on a pin, but it would be an unpleasant time, nonetheless).

With so many women, the court should have been a brilliant display of color, but it was not. As Margaery learns early on from Mistress Ashley, “Her Majesty likes her women to be soberly dressed.”

Elizabeth Tudor did not like to be upstaged, even by those closest to her. 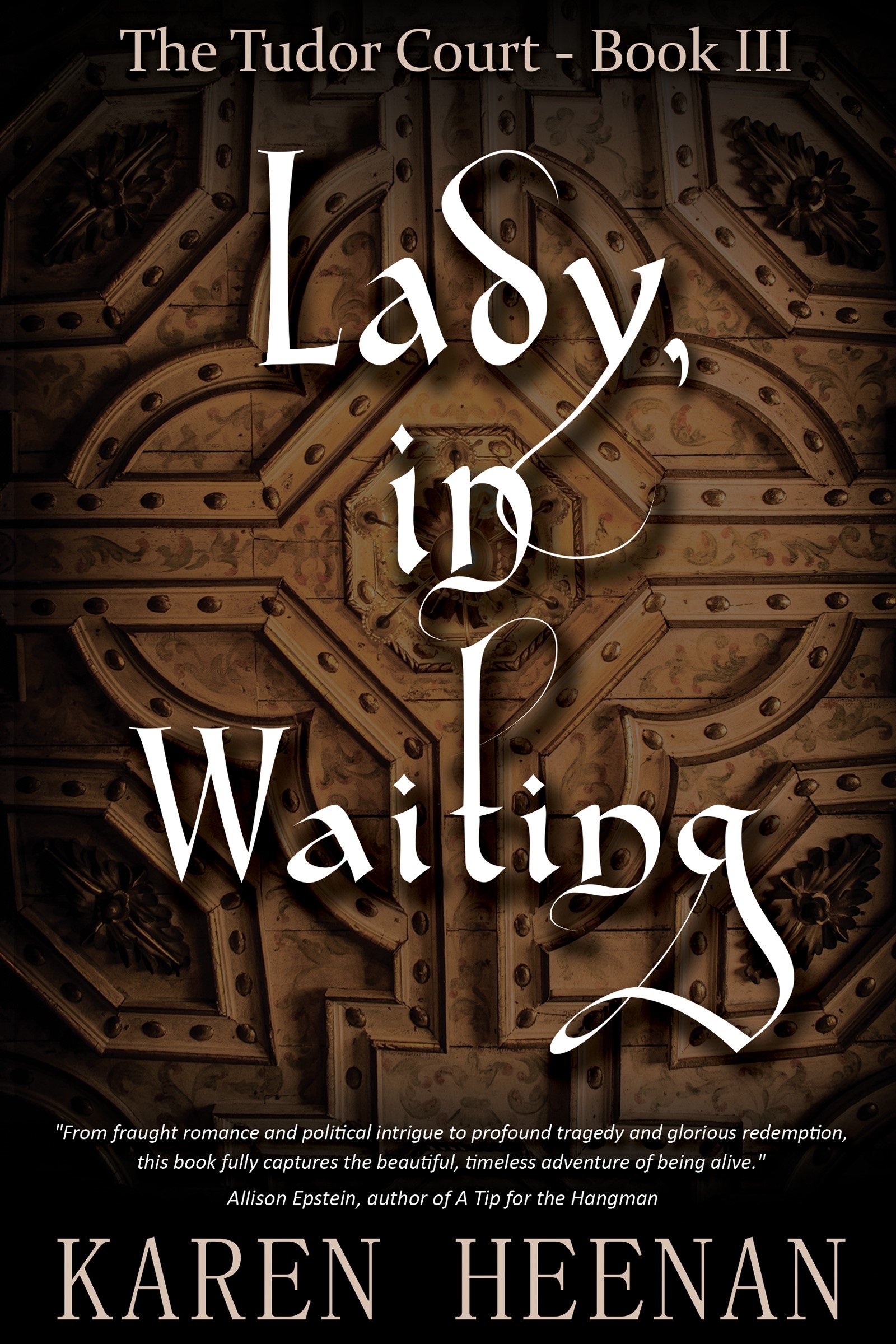 by Karen Heenan
Book III of The Tudor Court

This unusual story of a marriage made for reasons other than love, between two people both with sometimes-conflicting duties to their sovereign and her advisors.

You can read the first chapter here.

One thought on “To Wait Upon the Queen”